Every year, Black Friday seems to arrive earlier and earlier, and it’s not just one day, it’s a season. Several major retailers have already announced their plans for the big Black Friday event, including Target, Best Buy, Amazon, Walmart and others. Check Which Black Friday Deals are Better: Amazon, Target and Walmart

We’ve got massive price cuts on favorites like Apple devices and Sony and Bose headphones, and we know when we can expect the PlayStation 5 and Xbox Series X and S online. We now know some hard dates to help you plan your holiday shopping thanks to retailers announcing their holiday discounts online or in more traditional newspaper circulars:

Are you looking for all the details of Black Friday deals? We have gathered links to the online circulars here so you can review them at your leisure. Also, we’ve rounded up a list of the best holiday deals pulled from these ads to save you some time during this season’s shopping.

Here is your best starting point regardless of whether you’re planning on shopping at Target, Best Buy, Walmart, Macy’s, Costco, Kohl’s, Lowe’s or somewhere else. Please keep checking back. As more circulars become available, we will update this list.

Walmart and Target have newspaper circulars that outline next week’s sales, but Best Buy’s website provides a list of sales. You can get $150 off MacBook Air and $50 off Beats Studio headphones next week, as well as plenty of items on sale already. In the Black Friday advertisement below, you’ll find all the details on Best Buy’s Black Friday deals.

We now have details about Walmart’s real Black Friday sale, which starts on Monday, Nov. 22. The initial “Deals for Days” sales have ended, but now we know when the actual sale starts. Walmart has posted on its website an interactive ad scan of the upcoming sale, which you can see below. It is noteworthy that the retailer promises online availability for the PlayStation 5 and Xbox Series X, as well as AirPods Pro for $159 (a new all-time low price).

The retailer just released a 60-page ad containing a full slate of Black Friday deals starting Nov. 21. Everything from televisions to kitchen appliances, headphones and toys will be on sale. Find out when to buy Fitbit, Bose, Sony, Samsung, Apple and more at the best price with comparison and contrast. Target Black Friday Deals are on.

There is no traditional “Amazon newspaper circular,” but the company’s press release outlines some of the biggest deals to expect. A long list of Amazon’s Black Friday discounts is live on the site already, so you don’t need to wait for it. Today, they released more early deals including discounts like up to 50% off on Fire HD 10 tablets.

So which are the Best Black Friday Deals from Amazon, Target and Walmart? 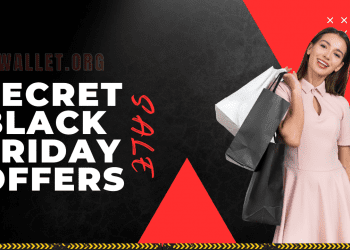 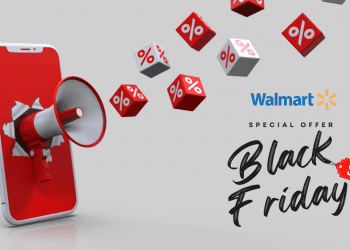